Another topic I want to cover regarding backgrounds is distance. Changing the distance from the subject to background and/or distance between the lens and subject will alter and can often enhance your overall scene. In general, when photographing birds I like there to be as much distance between my subject and the background as possible.  The closer the subject is to the background, the more in focus those background elements will appear and those elements can create distractions in your overall image.  Backgrounds do not need to be completely solid to be pleasing. In fact, there are times when I really like out of focus leaves and branches because they can create interesting patterns that often look like paintings.

Following are some controlled examples that show the effect of distances on background. (Crop sensor body, 300 2.8 lens shot at f/4)

The subject below is 6 feet away from the fence rails behind it.  It remains 6 feet away as I change my distance from the subject (moving back).  I start at minimum focus on my 300 2.8 lens which is also 6 feet.   On the left image, I am the same distance from subject as it is to the background and notice you can't really even see the rails behind the bird.  In the middle image I have moved back to 12 feet and you can see that the rails are coming into focus.  On the right image, I was 18 feet from the subject. The rails are now very obvious and quite distracting. Keep in mind that in all of these images, the distance between the subject and background remained the same and only my distance to the subject changed.

ABOVE: Background on all at 6 ft.

BELOW: Background is all at 12 ft.

For the set of images above, I placed the subject 12 feet away from the rails and followed the same pattern.  Left, I am 6 feet away, Middle -12, right -18.  You can see similar results, but notice the background is slightly more out of focus being twice as far away.

The point I hope to illustrate here is that both distance to subject and distance to background affect how the background appears in your images, whether it be more in focus, or smooth and nicely blurred.

There are several advantages to so-called "fast" lenses.  This basically means that the maximum opening of the lens is larger.  This creates bigger, heavier glass, but has some huge benefits. In addition to faster autofocus and better low light performance, it also allows the backgrounds to become more out of focus when shot "wide open" or at the lowest possible f-stop.

In the examples below, the subject was shot at 12 feet with 12 feet also separating the subject from the background.  The only variable is now aperture.  Each image represents a 1 stop change in aperture.  The left image was shot wide open at f/2.8 and notice the the rails are out of focus and less noticeable.  By the time we get to the image on the right, we are shooting f/11 and the rails are much more obvious.

It should be noted that while shooting at a lower f-stop will give you more pleasing background, it will also give you a narrower focal plane and will cause less of your subject to be in focus.  This is an important concept that should be considered when choosing your settings.  If the background is really far away, I am more likely to select an aperture of f/5.6+.  If the background is closer to the subject, I will shoot with the lowest f-stop possible.  90% of my images of birds are shot at f/4.

Some Things to Consider

As a general rule, I try to think about the type of shot that I am going to achieve and what I am hoping to create in both subject and environment.  If I am taking a tighter portrait, I will always try to get as close as possible to the subject, especially if the background elements are close to it.  I have even gone to shorter lenses that allow me to get closer (closer minimum focus) and therefore get the background more out of focus.  Doing so will change the sticks and leaves in the background from distracting elements to pleasing colors and patterns. In the image below, I am capturing a Vireo in an dense environment.  By getting very clse (or allowing it to come close to me) the backgrounds becomes an interesting pattern.  Had I been further away, I would have cropped more to get the same composition and the branches would have been more in focus. 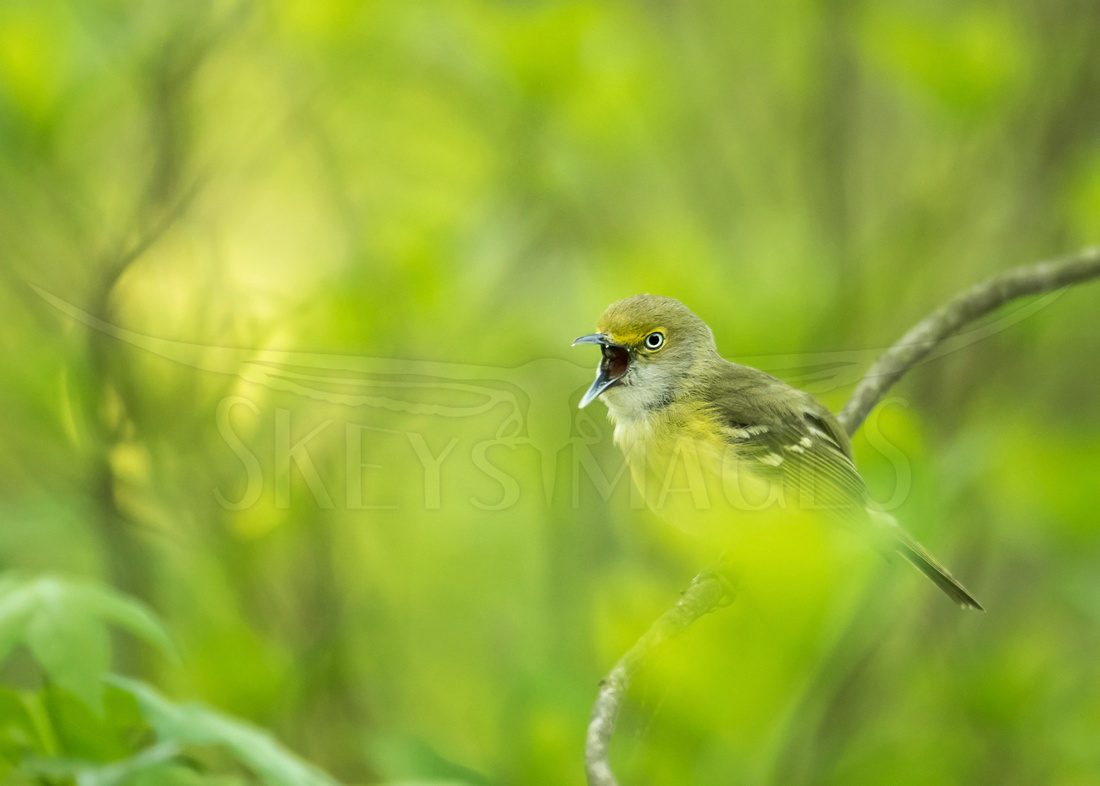 If I am composing a shot that is more environmental, the subject is probably going to be further away.   In this situation is it very important to carefully consider the background and the distance from subject to background.   In the example below, we have a Northern Shoveler that was probably 80+ feet away.   In order to make sure the overall scene is pleasing, I had to make sure the background was very distant.  In this case, the background is a tall stretch of reeds that was probably several hundred feet behind the bird.  This allowed a pleasing out of focus canvas.  If I had shot the same subject with the reeds 20-50 feet behind the subject, they would have been more in focus and competed with the bird for the viewer's attention. 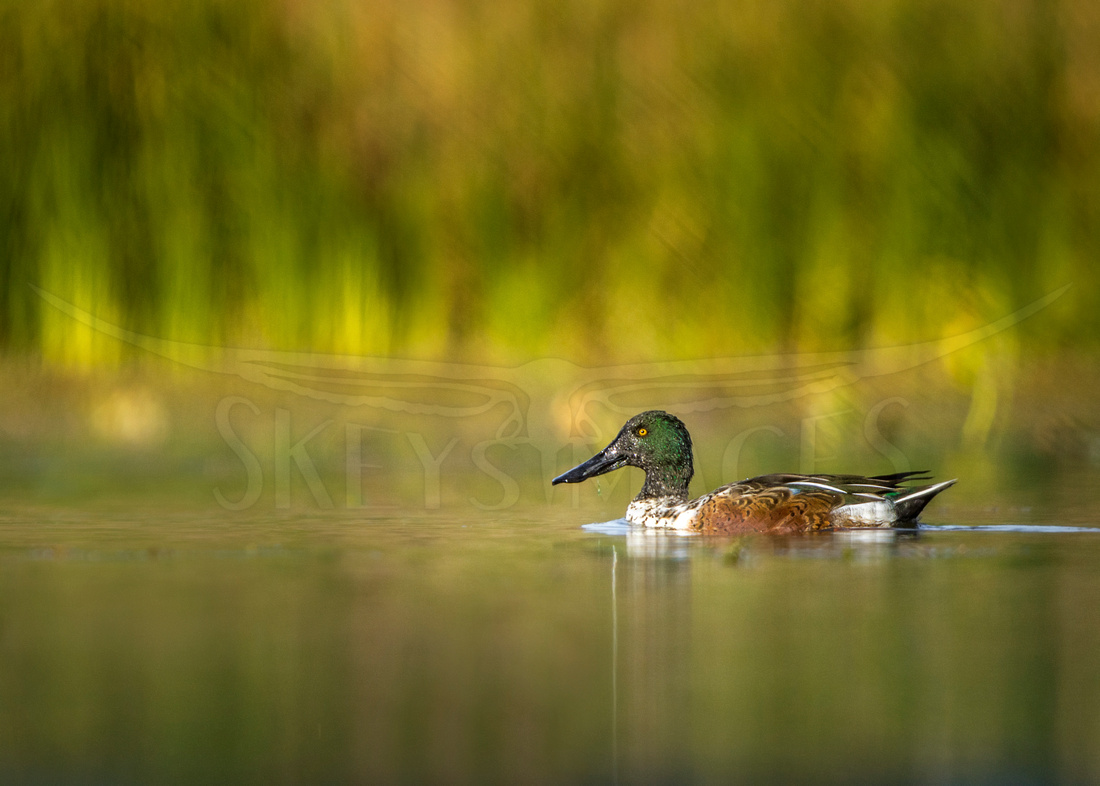 Here are some more example of pleasing backgrounds achieved by being conscious of distance and "seeing through the subject."  For each image, I will give a brief explanation about the conditions and thought process.

The Eastern Bluebird, pictured below, shows what distance can do to a background when there are horizontal elements behind the subject.  The background here consists of some grass and a row of dark trees.  At several hundred feet, the area where the grass and trees meet starts to turn into a gradient.  I use distant horizons often in my backgrounds and I find these gradients very pleasing. 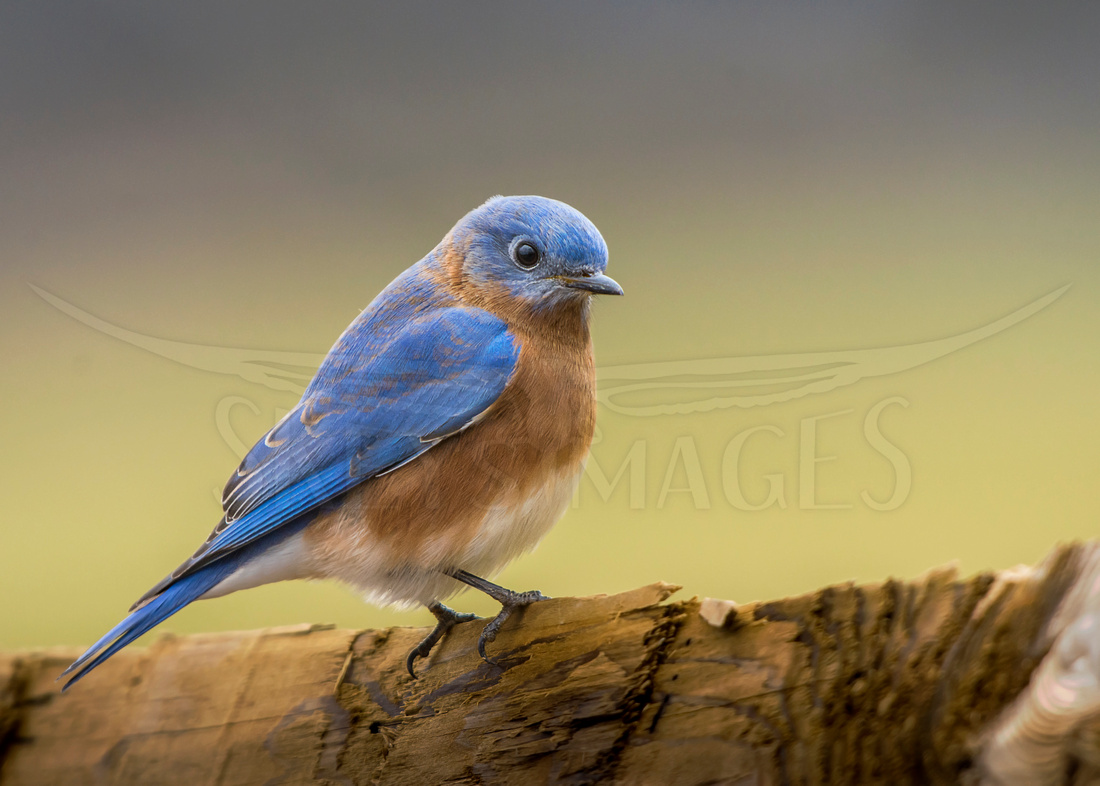 Raptors on perches, like the American Kestrel below, are often seen against blue skies.  Moving into a favorable position placed this bird against a very distant mountain, allowing some of the mixed patterns to be present. 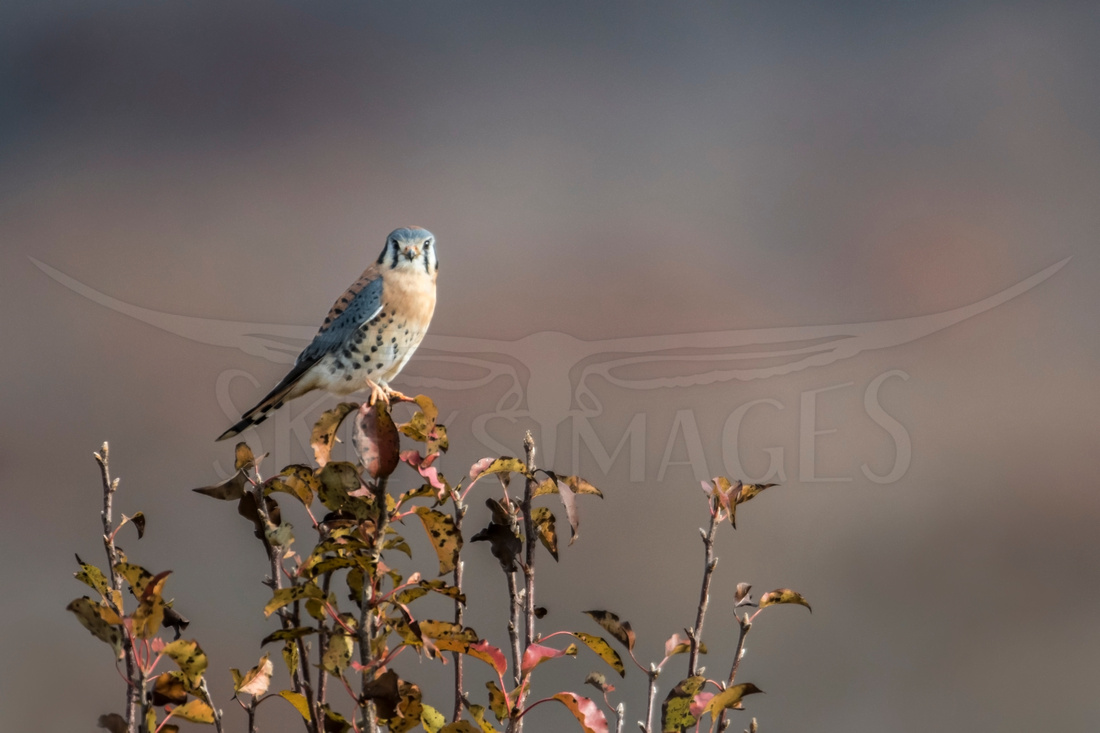 The Black-throated Green Warbler, below, is a good example of how being super close will melt away your background.  This image was taken at minimum focus on a 300mm f2/8 lens (about 6 feet).  This is not easy to do and you will  need to set up on a spot and be ready.  Knowing patterns and behaviors is really helpful in the field.  You can also use this set up near feeders, where birds will use nearby perches to "wait their turn."  Because the lens is focusing so close, all other background elements become out-of-focus.  Even though they are not very distant, they still disappear.  Being this close also allows you to get incredible detail on the subject. 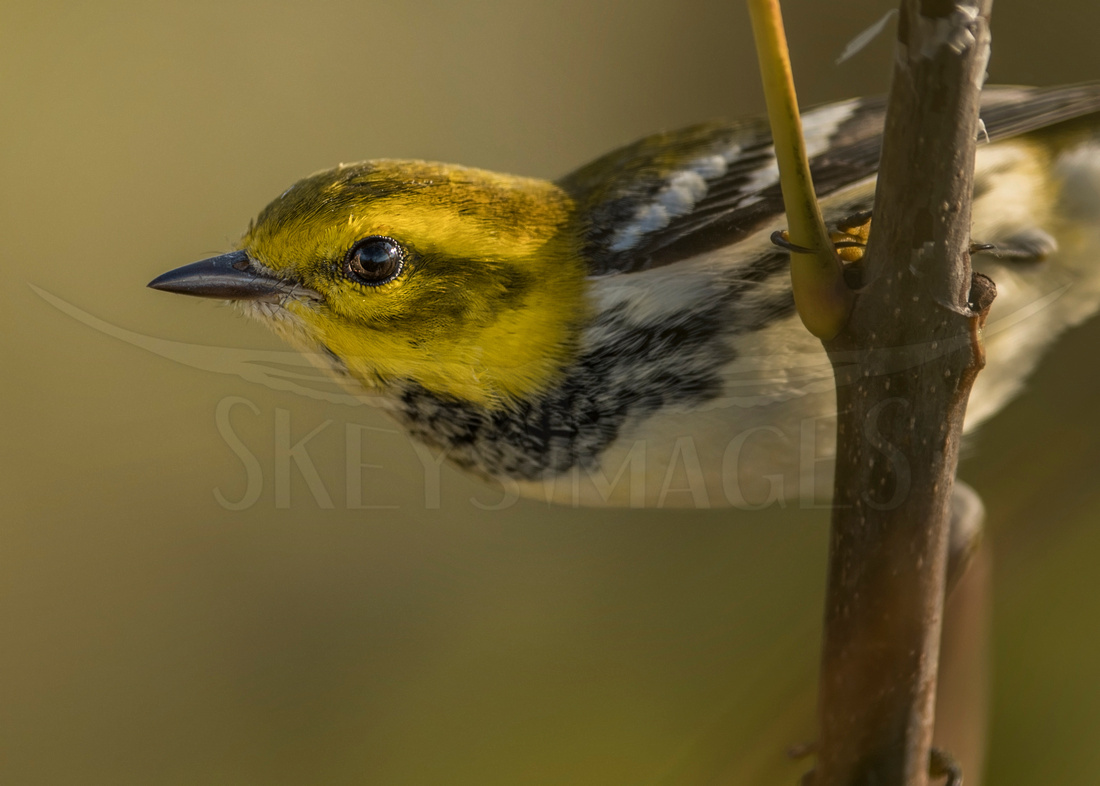 Adi Ringer(non-registered)
Scott, this is a great article, and you did a great job getting the point across with the images you chose. I was wondering about this topic for a while. One variable you didn't address: A lot of us use zoom lenses, can you share what impact using a longer/shorter lens would have on the explanations? For example, if you take the Northern Shoveler image above, would using a 600mm lens make the background softer or clearer? What a bout using a 300mm?
Thanks for sharing your knowledge!
No comments posted.
Loading...
Subscribe
RSS
Recent Posts
Photographing Waterfowl 2018 Best by Month Fall Hawk Watch and Sharp-shinned Photo Study Birds in the Rain The Grassland Birds of 2018 Spring Warblers 2018 Different Light, Different Birds Bird and Backgrounds Part IV - Seasons Backgrounds - Part III, Different Birds, Different Backgrounds Backgrounds for Birds - Part II, Distance
Keywords
bird photography avian background backgrounds. duck ducks waterfowl 2018 best
Archive
January February March April May June July August September October November December
© SKeysImages
Powered by ZENFOLIO User Agreement
Cancel
Continue