One factor that I always keep in mind is what type of bird will I be photographing.  This allows me to be prepared with the right equipment and sometimes the appropriate attire. For this discussion on backgrounds, I am going to focus on how the subject sometimes influences your background.  We will look at four categories: Perched birds, waterfowl, birds on the ground, and birds in flight.

When shooting perched birds, such as warblers or songbirds, we often get focused completely on the subject and fail to see what is beyond it. After all, who knows how long it will stay put? If you become too focused on chasing the birds, you may not always get images that are pleasing overall.  When shooting song birds, I try to find locations that will offer isolated perches and may even place a few in areas with interesting backdrops.  I look for areas that offer separation from the perch to background of more than 10 feet, as discussed in my prior article. Backgrounds that are too close to the subject will often be in focus and create distracting elements.  It is also important to get on the same plane as the subject, as close to eye level as possible, so you are not shooting up or down at it.

Some tips and tricks for songbirds:

Below are some examples of perched birds and the thinking behind the shot. 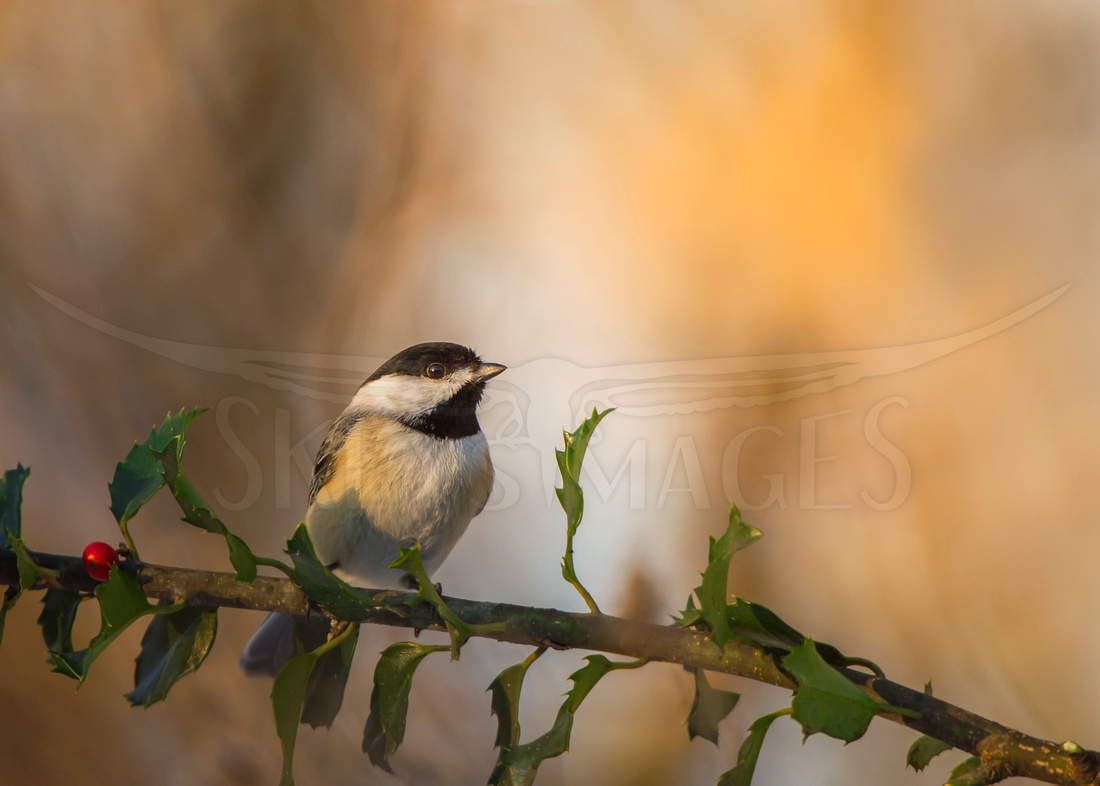 Perched birds are not limited to songbirds.  Below a male Northern Harrier rests on a low fence allowing an eye level look that includes dark trees behind the bird and a snow covered ground below.  A higher perch would not have allowed this, so locating potential perches or observing behavior of a bird can be helpful to set up these looks.  A note about snow: it will reflect available light which fills shadows and give more ambient light to the camera's sensor.  It's also a lot of fun! 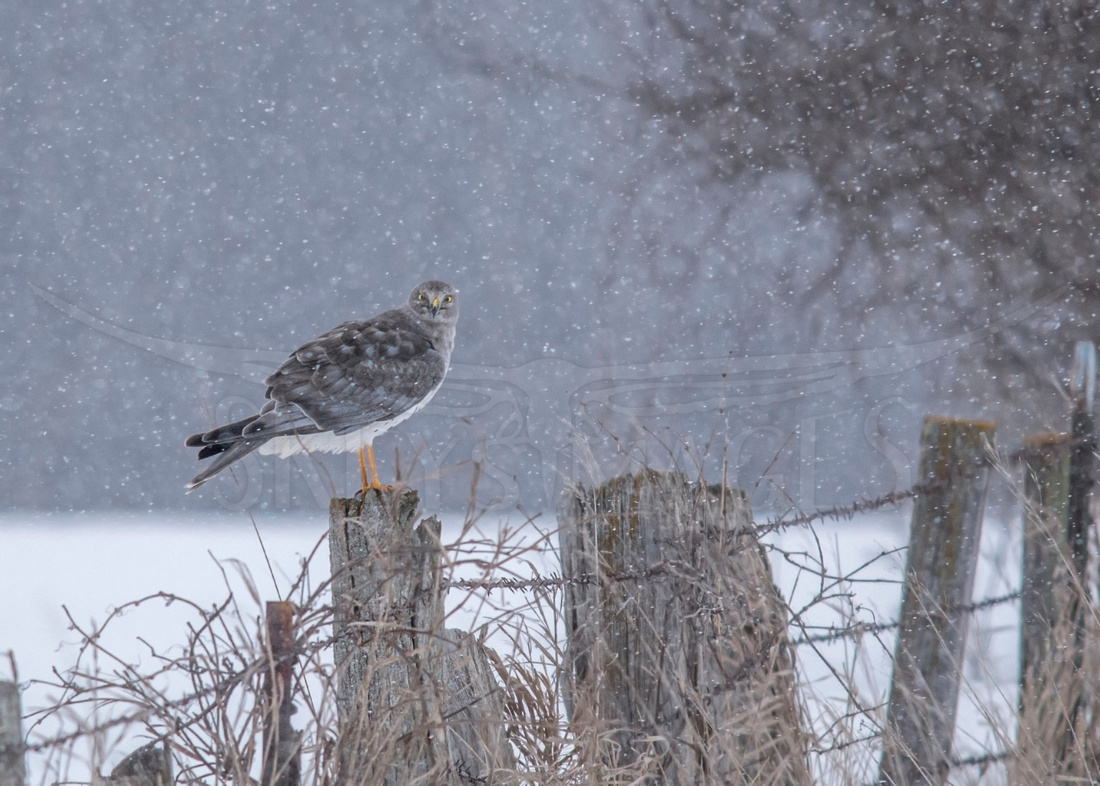 With perched birds you can generally be about 10 degrees above or below the birds and still get looks that are considered "eye-level."  In this image, I was slightly above the bird but there is still a sense of eye contact.  In this specific picture, I moved slightly to get a different colored stone in the background.  Most of other images include some greens, but moving just a few feet gave me this earthy tone behind the bird that I thought complimented the Cerulean Warbler's signature blue. 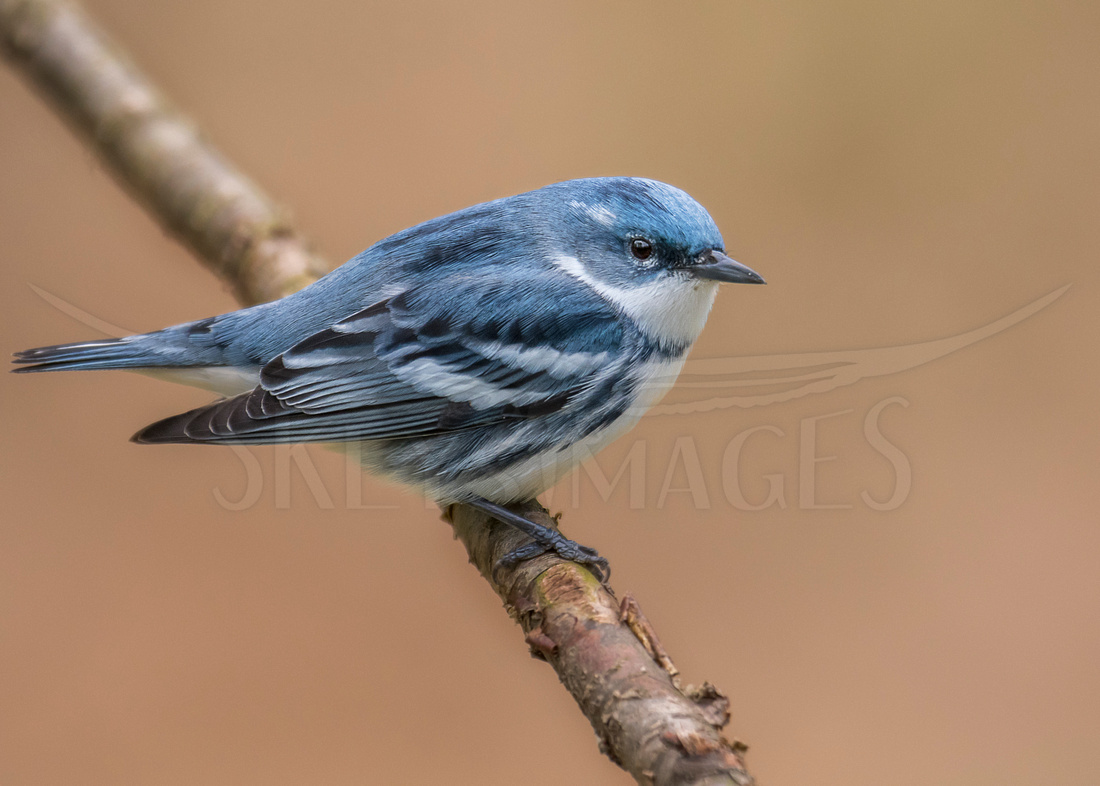 This section covering ground birds will primarily include shorebirds, but there are many species that forage low including sparrows, robins, larks and buntings.

The biggest factor I consider when shooting along the ground is perspective.  As with almost all images, I am trying to get on the same plane as the subject.  With ground birds, this is even more critical if you want to get a nice out of focus background.  If you shoot from above the subject, pointing down, you will get the ground in the background.  Not only is the ground generally displeasing, but it is also very close to the bird.  In order to get a distant out of focus background, the lens will need to be low, and not just low, really low.   I have seen people set up for shorebirds using tripods and even flattened out they are still a foot or more above the ground.   As a guideline, I am lower than one foot when shooting these subjects.   For shorebirds, I usually shoot hand held and lay the lens on my hand.  I may also use a groundpod (homemade with frying pan with a tilt head) at times.  Below is an example of a typical position for shorebirds. 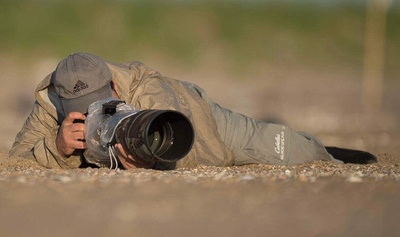 Below are a few images of of shorebirds and ground foragers that illustrate this.

The Piping Plover below demonstrates some of the advantages of low angle shorebirds.  The gradient in the blues in a combination of the dark blue water against he light blue sky.  In general, I really like these gradients in the background. 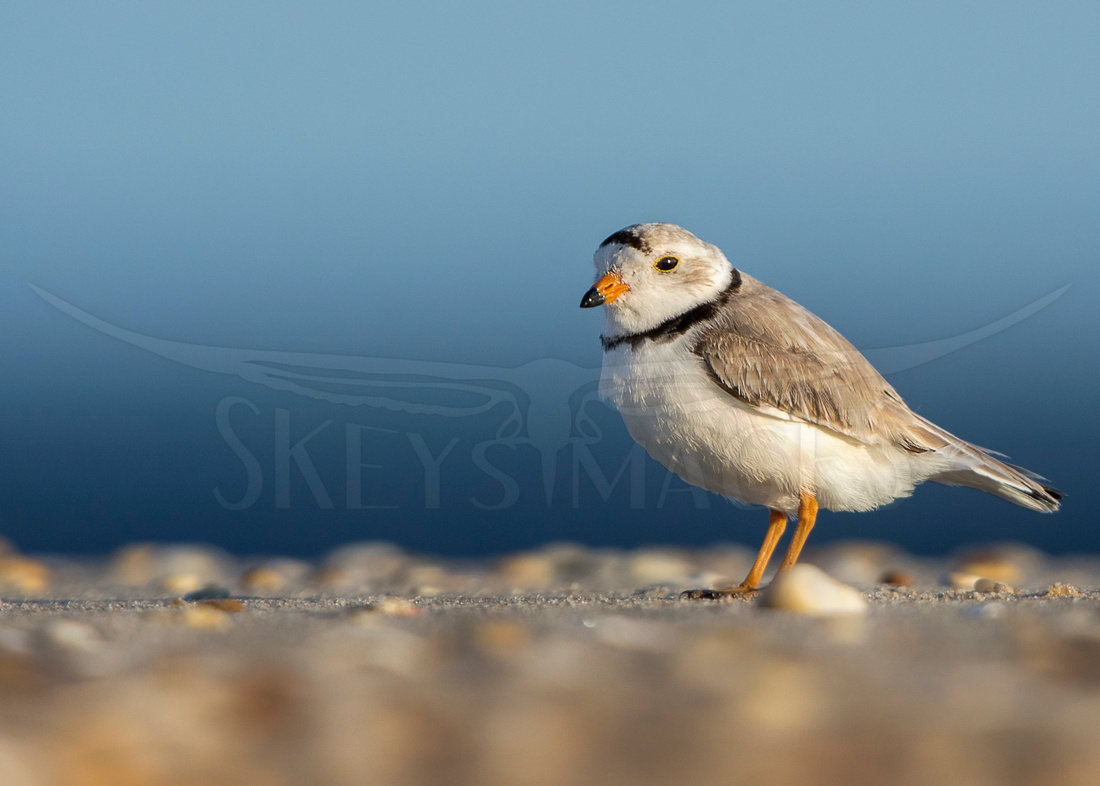 Taken from a shoreline position, the Dunlin below stands out nicely against the green grass marshes. 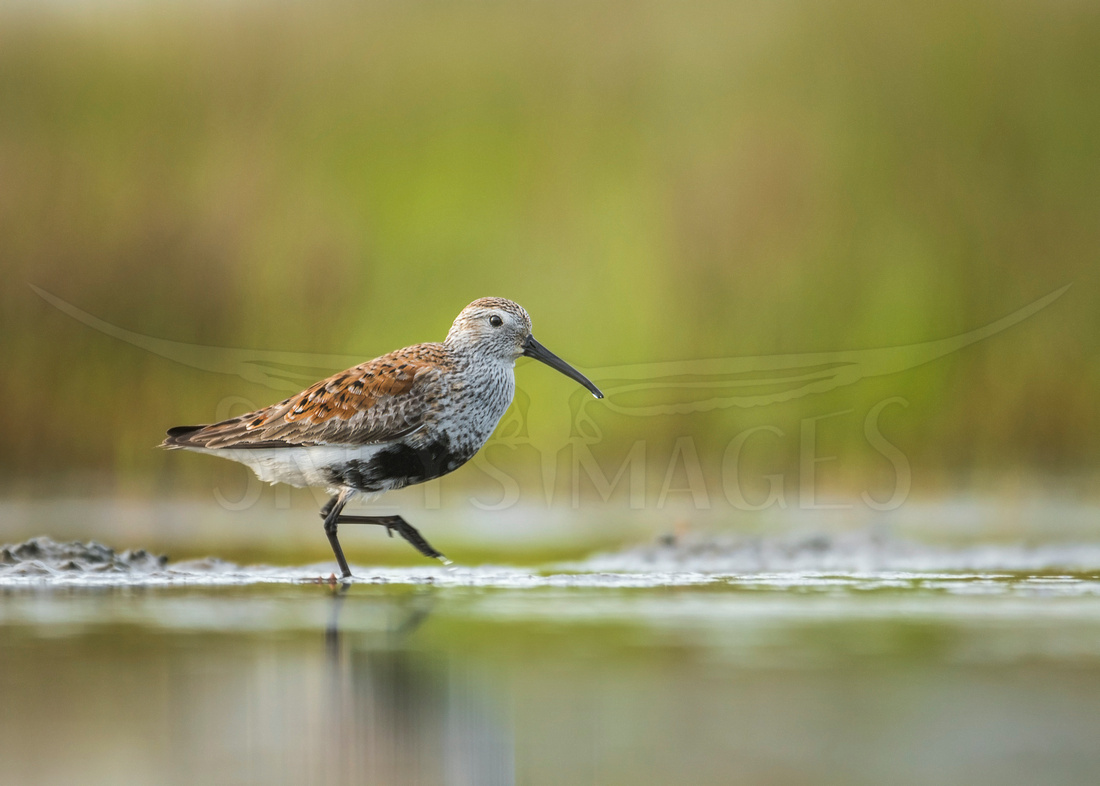 Getting right on the ground for this Vesper Sparrow included an interesting out of focus foreground element.  The resulting image now has 3 colors associated with the environment, all composed in thirds of the frame. 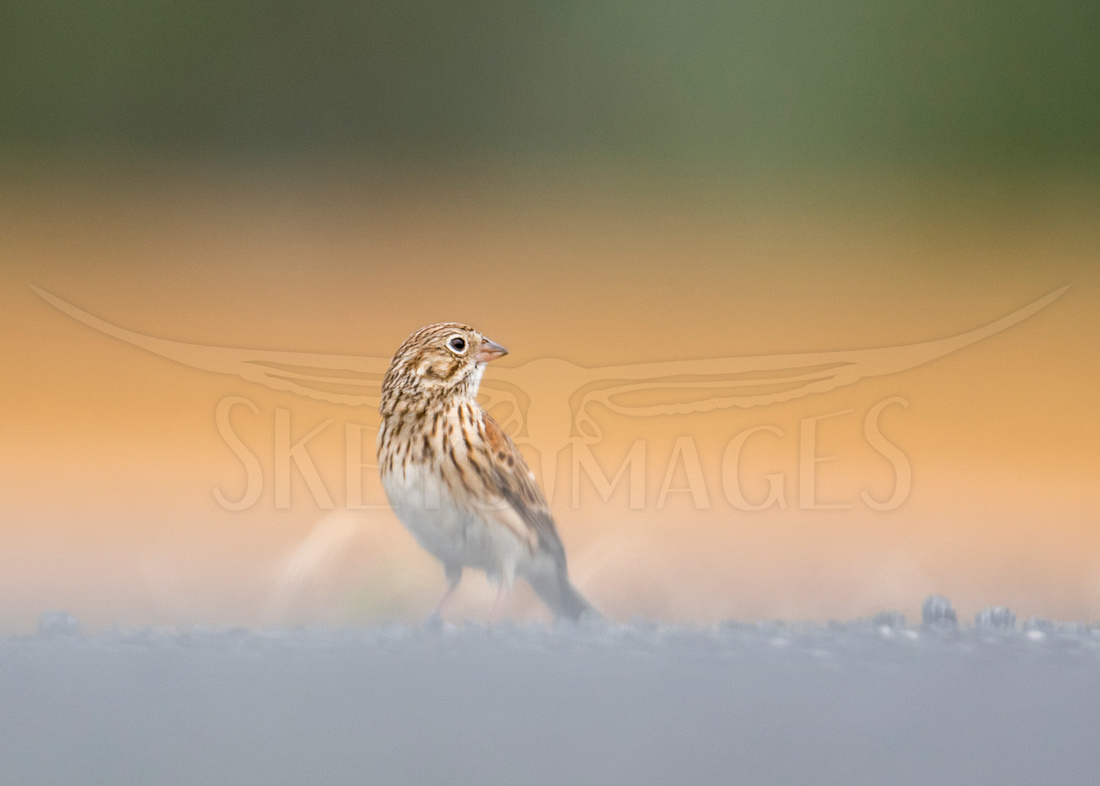 The approach to water fowl is very similar to ground birds.  In general, I am looking to get less than 12 inches from the water.  This can present several challenges, so I thought I would discuss the waterfowl section more on set up and approach.

In order to get really low, with ducks and the like, you will need to do one of two things.  You can find a shallow bank, hopefully with concealment opportunities, and wait patiently for them to come past.  If you use this technique, you can also use a blanket or a make shift blind to help.  In my experience, most ducks are extremely skittish if they are wild and they will not tolerate much, if any, movement.  This is why being patient and still is critical to your success.  The second approach is to get in the water with a tripod set up ultra low.  Doing this will require waders and sometimes the use of a right-angle view finder.  Being in the water seems to be the best approach for getting birds close.  When submerged and still, I often have shorebirds or waterfowl within minimum focus.  When in the water I generally use a camo-type netting draped over my head and lens.  Ducks are super sensitive to any movement and I have noticed a difference when my head is so concealed vs. when it is not concealed.

The Hooded Merganser below was taken from a shoreline position that had a shallow slope and good vegetation for concealment. 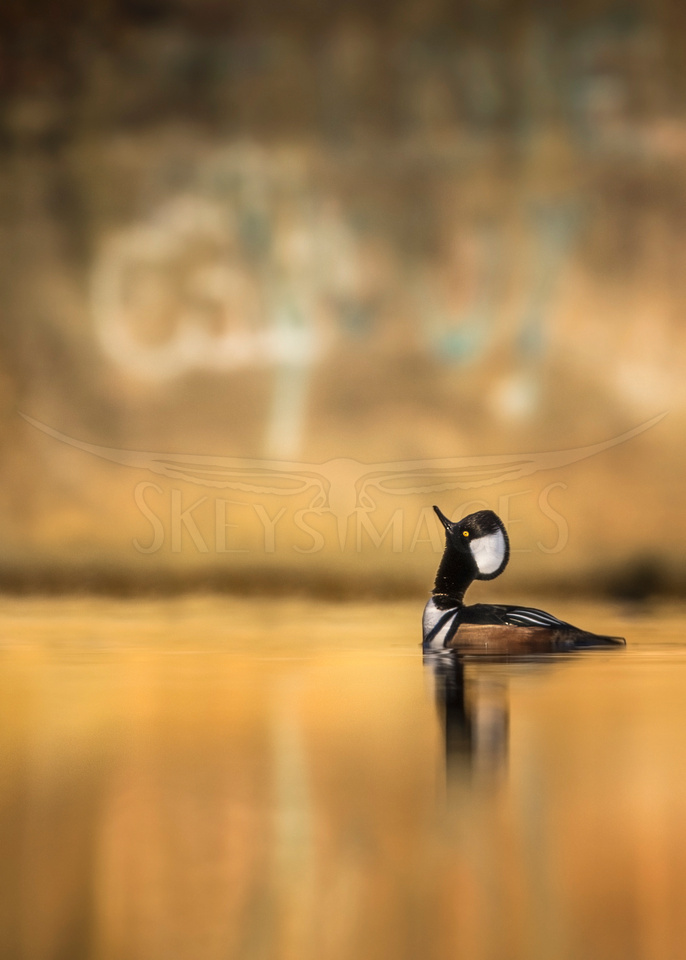 The Ring-necked Duck below was shot in the water with a tripod/waders set up.  This bird literally swam right at the camera and paid no attention to my presence.

When photographing birds in flight, there are a few different considerations.  In general, perspective is more forgiving.  So while with other species, I like to be +/- 10 degrees of the subjects plane, with birds in flight, I may be outside of that range and still get pleasing images.  This is due to a few factors.  For example, a bird in the air may twist or bank.  Even though it is over your head a bit, when it banks it will often appear to be in the same plane or even below you.

My consideration for backgrounds with birds in flight are primarily around including color and/or horizons to break up solid sky.  As a rule, plain blue sky is not appealing.  So how do we get a bird in the air with a background with color?   To accomplish this you need to think about elevation.  Shooting raptors from a cliff or mountain, for example, will offer a perspective that may include a land based canvas.  If you are on flat land, think about ways to get the birds with something behind them, for example, hills and mountains my be included behind the bird.

I have included a few examples to show different birds in flight with different backgrounds, at different angles.

The Sharp-shinned Hawk (below) is well below me, but this angle shows a different look.  It captures the top side of the bird as it banks and the forest below creates a nice green backdrop. 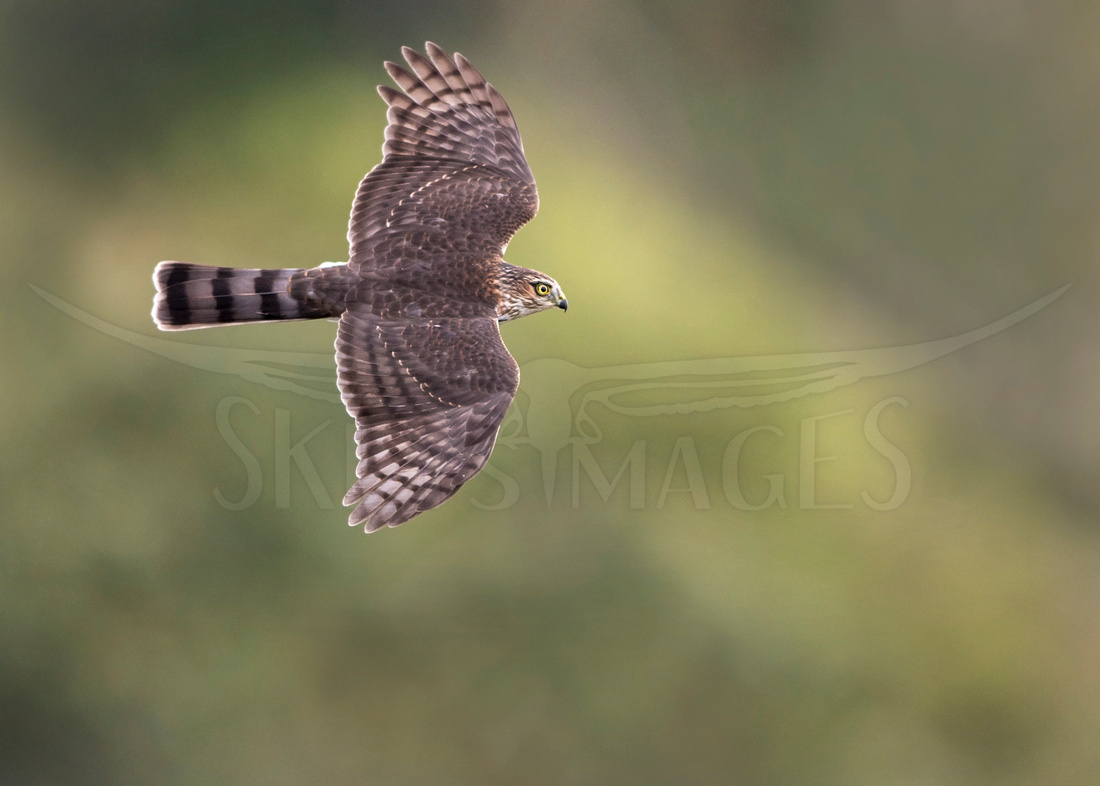 For the Snow Geese (below) I saw them taking off and landing in a small flock during golden hour.  I moved up onto a little hill so that I could get them at eye level in flight.  Doing this assured that they weren't over my head and allowed me to capture some of the other geese below to break up the background and give a sense of context to their arrivals and departures. 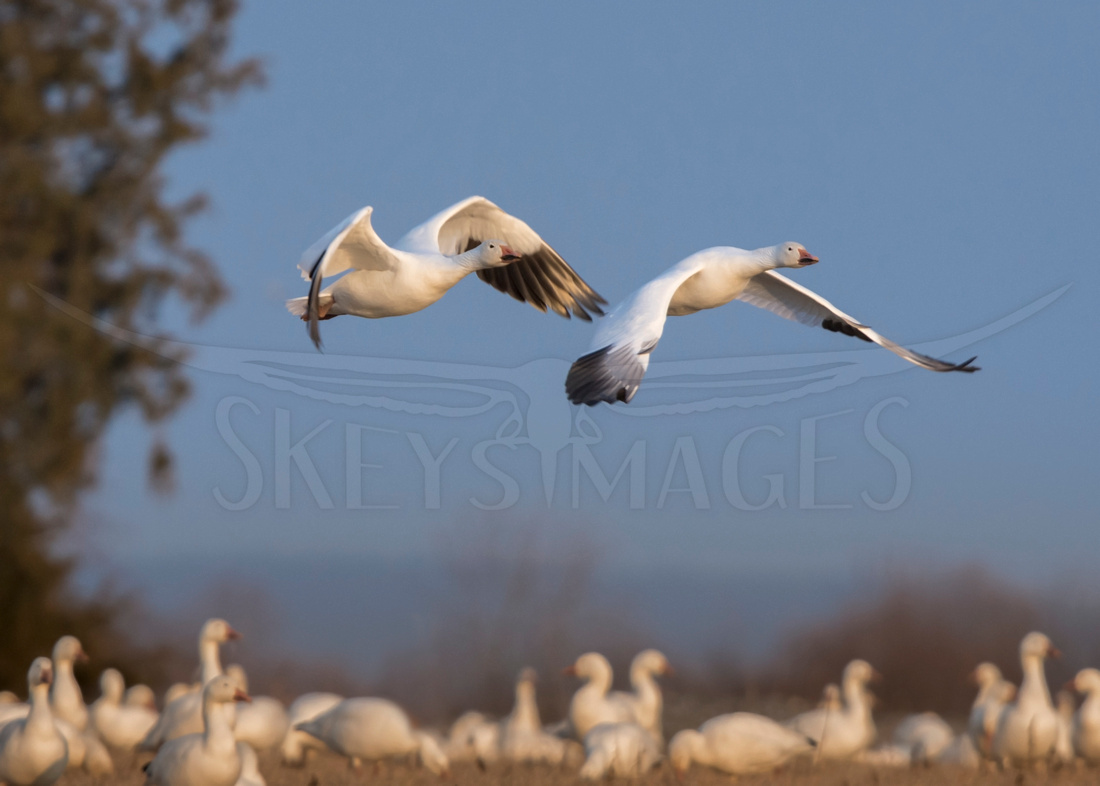 This last example of a bird in flight shows a bird that is actually above me but banking hard.  This action allows for a topside view, even when the bird is above you.  Again, birds in flight can be forgiving this way.  The point I want to illustrate here is also that the inclusion of something as simple as a cloud can improve an otherwise totally blue background.  While this is not a dramatic element, it does help the overall image become more complete. 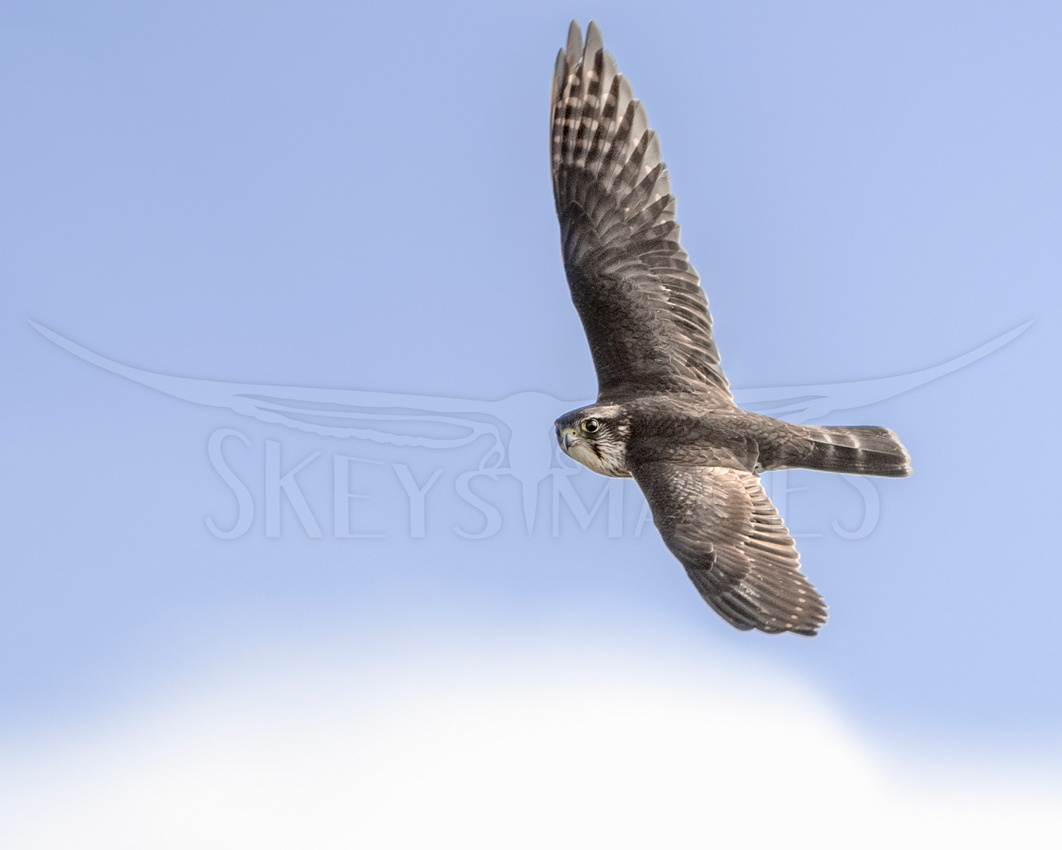 Banking in the Clouds (Merlin)SCOTT KEYS